Dave is from Elkins, WV where he grew up playing soccer, baseball, and basketball. His love for sports led him to West Virginia University where he earned his Bachelor of Science in Exercise Physiology and became a certified Athletic Trainer. He then completed his Master of Education degree in Sports Medicine at the University of Virginia while completing a graduate assistantship at Virginia Military Institute.

He continued to work as an athletic trainer for the football and wrestling teams at VMI for 4 years. In 2000 he moved to Norfolk, Virginia to pursue his career in physical therapy. At Old Dominion University, he earned his Master of Physical Therapy degree, and met his wife Kristy. He and Kristy traveled the country, working in outpatient orthopedic clinics in Connecticut, Florida, Maryland, Washington D.C., Arizona, California, and Hawaii. They fell in love with Sarasota, FL, and decided to settle here in 2008.

Dave specializes in evaluating and treating the foot and ankle. He has extensive undergraduate, graduate, and internship training in foot and ankle biomechanics, which he applies to his physical therapy practice.

Dave's background in sports medicine is an added advantage when treating all upper and lower extremity injuries. Dave is an avid runner and has been racing with Team New Balance since 2013.

He also uses manual skills learned in various parts of the country and in additional coursework to effectively treat the spine. When applied properly, Dave believes the principles of biomechanical correction, sports medicine treatments and manual therapy yield great results for clients of all ages.


Kristy grew up in Ohio where she was a member of the Cuyahoga Valley Youth Ballet Company from ages 5-16. She graduated from Ohio University in 2001 with a Bachelor of Science degree in Exercise Physiology. She then moved to Norfolk, Virginia to attend Old Dominion University and earned her Doctorate in Physical Therapy in 2004.

Kristy and Dave fell in love with the active community of Sarasota, moved here in 2008, and then opened Siesta Key Sports & Physical Therapy in 2010.

Kristy's passion and enthusiasm for exercise combined with manual skills learned across the country translate into exceptional results for her clients. She takes a scientific and evidence-based approach, applying principles of anatomy, physiology, and biomechanics to successfully treat a variety of acute conditions as well as movement disorders and postural dysfunctions. She participates in many community races from 5K's to half-marathons and duathlons. She also enjoys regular yoga and weight training. 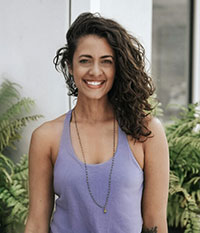 Jessica earned her Associate of Science (A.S.) in Physical Therapy Assisting from Broward College in 2007, graduating magna cum laude. She has primarily worked in the outpatient field, specializing in myofascial release training utilizing the John F. Barnes approach. Jessica has a passion for integrating holistic healing in her personal and professional life and completed her yoga teacher training in 2015 with a special certification in body-rolling; a form of self myofascial release. She teaches yoga classes and workshops that blend her knowledge of physical therapy and yoga for an individualized approach to health care that she also brings to Siesta Key Sports and Physical Therapy. Giving back to the community is another passion of Jessica's. When she's not working, teaching yoga, or volunteering, you can be sure she is spending time with her beloved dog Dudley and enjoying this beautiful place we call home.

Cory grew up in Utica, NY playing sports year round for most of his youth. He attended Springfield College where he continued athletics at the collegiate level, playing football and running track. He earned a Bachelors of Science degree in Sports Management in 2003. After college, Cory spent several years working in Springfield, Massachusetts in the financial industry. In 2012 Cory and his family moved to Sarasota. Cory enrolled at Keiser University and completed his Physical Therapist Assistant schooling in 2014. As a student, Cory was able to gain experience working at Siesta Key Sports and Physical Therapy as an intern. He has been working as a Physical Therapist Assistant since graduation. He feels privileged to work in a profession where he can help others live active and healthy lives. As a cycling enthusiast, he continues to enjoy an active life style in Sarasota with his wife and three children.

Nicole grew up in Connecticut where she was active in dance, basketball and softball through college. She also spent a few years coaching girls' softball in a local recreation league. After graduating from Eastern Connecticut State University with a major in English, she worked in administration in a mental health agency. As the agency grew, she was promoted to agency analyst. She loves interacting with people on a daily basis and decided to continue her career in medical office administration when she moved to Florida in 2018. She now enjoys warmer winters and easier access to the beach and Disney World. She loves to travel and explore new places.  Nicole brings a wealth of knowledge and experience to SKPT.  Call anytime or stop by to meet her!

"I love Siesta Key Physical Therapy. I broke my foot, and got my boot off five weeks ago. I've had physical therapy during that time and have become stronger. The staff is so kind and accommodating! My physical therapist is Jessica, and she is amazing!!! She is so encouraging, and I feel so much better. I have about a week more therapy to go, and I will miss going to this wonderful place! Thank you for everything Siesta Key PT!!!!!!!"   - Maggie M.